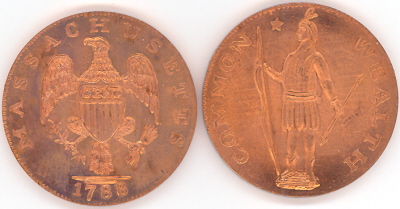 Massachusetts 1788 copper cent restrike, made in the late 40's by Tatham Stamp Company under the direction of old time Christmas Seal dealer, Henry Evanson; this restrike was listed in early editions of the Red Book, and can be identified by a tiny "E" above the star, excellent red uncirculated condition, 29mm $24.95 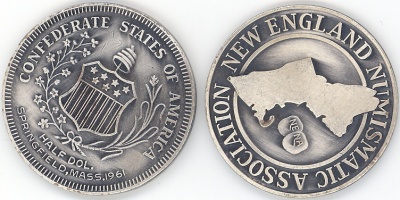 1961 Confederate half dollar token issued by the New England Numismatic Association for the 100th anniversary of this exceedingly rare coin. Excellent "as new" condition even though it is now 51 years old. According to records, only 4 original Confederate States of America half dollars were struck. One was given to the secretary of the Confederacy, who passed it on to the President,  Jefferson Davis for his approval. Lack of silver prevented the Confederacy from proceeding with any coinage, 30mm $4.95 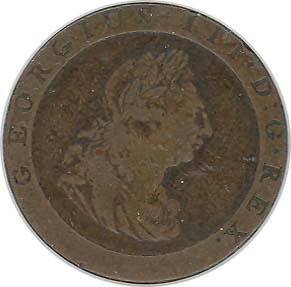 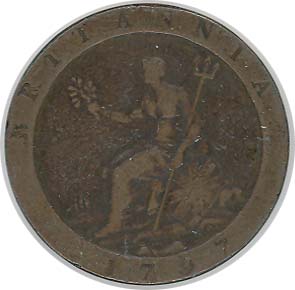 I can't find this 1 pence Geo III, but probably kicking around here somewhere. I have lots more "Other Coins" to add to this page of my website. 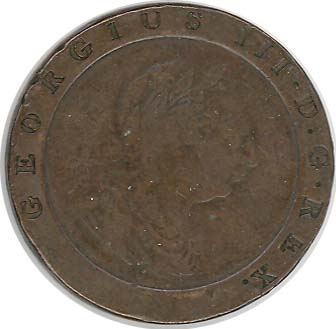 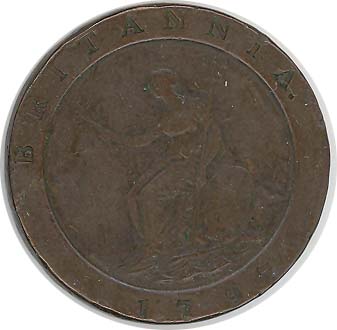 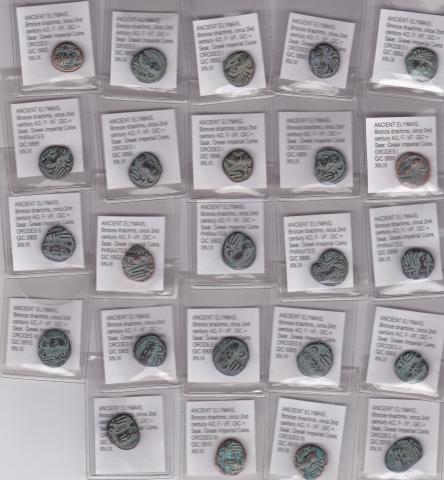 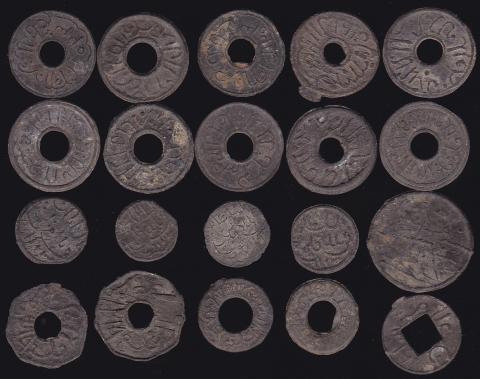 1788-1821 Tin Pitis coins from Sumatra Palembang. These small coins use of tin is Malay, the casting and hole is Chinese-inspired, and the script is Arabic. Sample group of 20; with 10 round with round hole, 4 small with no hole, 1 large with no hole, 2 octagonal, 2 small round with large round hole, 1 with square hole, 20 coins in all for $9.95